Many families have sexual abuse within the family. The most natural instinct with this is to keep it a secret. However the secret itself has a great deal of power in perpetuating the sexual abuse pattern.

Family Constellations is a gentle, safe and efficient process which helps you move on. Without re-traumatisation because you don’t have to re-tell the story. Helps in removing the feelings of shame and guilt.

Those who are abused often become abusers and those who do not become abusers are often deeply affected by it, for life. The constellation process is highly effective in assisting people to let go of sexual abuse and the shame and reinstate their position in the family and eventually access the love within the system.

The process is safe, unburdening, gentle and powerful in allowing you to move on in life. 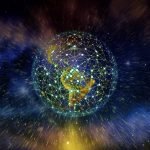 Find out more about trauma HERE

Another way of working with sexual abuse:

We provide training in Family Constellations which includes how to resolve sexual abuse issues.