Recovery after the Truth and Justice Royal Commission on Sexual abuse 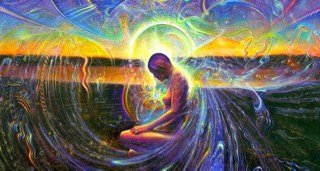 The Truth and Justice Royal Commission into Sexual abuse is a powerful step in shining a light on what happens when we allow any organisation to become a moral and unfettered law unto itself in the name of religion, profit or so called higher powers. I applaud the unveiling of ‘in-house’ codes of behaviour where turning a ‘blind eye’ to dirty secrets is normalised into common practice.

The commission shows how a culture of loyalties, entitlement and corruption can fester in cloistered communities. Places where the natural functions of sexual desire are seen as dirty and inappropriate for those who follow Catholic or other devotion paths. In these movements natural sexuality is repressed with nowhere to go other than frustration, self loathing or perversity for some.

In these situations lie covers lie until turning back is too much of a step-down for the inflated egos of such organisations to contemplate.

A silent moral code was developed out of vested interests, outdated beliefs, depraved morals and religious power that remained unchecked by current societal standards. This became the rationale for putting the face of the church first and children and families last.

But what of the abused children, mums, dads and grandparents who have been cut adrift? Lives ruined.

What is being done about them?

There is no doubt that being heard and believed can be helpful and compensation can provide material comforts or pay for much needed services. But this is only the first step. Much more is needed not only to compensate for wrong doing or manage symptoms, but to aid recovery.

Such abuse shatters people in many ways.

It destroys faith in oneself, the system and religion. Causes the victim to suffer alone due to the shame they carry. Shame at the nature of the abuse itself and why they were singled out for it and for not being able to protect themselves, speak up or bring the perpetrators to justice. Shame is a powerful force.

In addition there is often the shame of secrecy in not disclosing to family due to the disbelief and turmoil it would cause. They are often highly aware of the trust and faith their families had in believing their children were receiving a safe and values-based education and ignorant of the hidden predatory nature of some within the organisation.

I do feel sorry for the clergy who had nothing to do with this betrayal because they too have been let down by the actions of a few who have been upheld by a corrupt system. They too are unjustly smeared by the disgrace.

The problem is the damage does not stop at the ones who were abused. The trauma of abuse sets up an intense range of conflicting feelings, thoughts and disturbances. Sometimes the abused person is so disturbed it spills out into abuse of others. Many victims of abuse self medicate their pain with substances such as drugs or alcohol and many become mentally ill. Their careers are frequently hard to maintain, family break up is common and many victims live a troubled life overall.

Sexual abuse is a crime that goes largely unreported. I know this because many of my clients come wanting help in recovery from unreported sexual abuse. Often unreported due to the feelings of shame and a lack of confidence in the justice system.

Such trauma can leave a destructive trail for many generations into the future: Broken parents unable to parent adequately and so the cycle continues. The consequences of abuse are vast.

Unfortunately there is a belief that significant recovery from sexual abuse is not possible. I have found this to be untrue, as I have facilitated countless people in putting their lives together in a meaningful ways in their recovery. Assisted them in putting the past where is needs to be, so they don’t have to consider themselves as worthless, broken or damaged goods any more. Enabled them to find their resources and create more so they can engage in life.

Traditionally, abused people are offered counselling. In my experience of working therapeutically over seventeen years, I have found that while there may be value in being heard this can also be retraumatizing. Traditional counselling, self help groups and management of symptoms often lead to individuals remaining victims of abuse, even many years later .

There is a better way.

As a psychotherapist I have found that going through what happened in a traumatic incident in detail unhelpful towards recovery. This is explained fully in my book Rapid Core Healing Pathways to Growth and emotional healing (2016).

Incest is sexual abuse that runs through family systems. The shame and secrecy of it drives the abuse compulsions. Constellations show how such compulsions can lose their power through bringing them into light. This is the most powerful and effective way of resolving systemic sexual abuse patterns for. The Family Constellation goes deep to allow a solution to arise and order to be restored to the system so that the family members in the present can find their best place with it and move on with more freedom.
For seemingly non-systemic abuse that appears to start in the present I have developed a way of working with the trauma of sexual abuse called EMI (Emotional Mind Integration) that not only promotes survival, but also allows people to find healthier resolutions in their mind and heart. EMI is a powerful neuro-trance psychotherapy. The EMI process makes it possible to put the past behind them for the most part and move on in a productive way with more peace.

EMI presents a new way of viewing the mind as a range of emotional mind states. The modality locates disturbed or traumatised emotional mind states through specific neural pathways. This is an accurate, efficient and effective methodology that is highly sensitive to individual needs. The process is designed to locate the original event, find a suitable resolution through an EMI healing pathway and complete with integration within each session. This is not retraumatizing. Rather, it is relieving. In this way only a few sessions are required to enable a sexual abuse victim to move on with their life. This is a brief therapeutic approach.

The next Family Constellation training takes place in January 2018 Details

I have a vision of educating children into knowing that they never have to suffer being touched or used for the sexual gratification of adults under any circumstance. There are deeply integrated systems connecting education, justice and psychotherapeutic interventions with individuals, families and the wider public. Everyone knows where to go with the confidence of a fair hearing, so that such breaches and betrayals do not go unnoticed. No organisations are above the law and the societal moral codes of decency ensure children are free to be children and to grow into health open-hearted adults who have the potential to live rewarding lives.

The next Family Constellation training starts on 2 January 2018 Details https://familyconstellations.com.au/training_overview/

in mental health and recovery from trauma and sexual abuse related issues.

Yildiz is a Brisbane psychotherapist, clinical hypnotherapist, family constellations facilitator and trainer, innovator of Rapid Core Healing and Emotional Mind Integration and Author. She is an educator/trainer and author of three books. She is available for sessions and training. Yildiz travells nationally and globally to train clinicians and run workshops for the general public.

Here is who I am www.yildizsethi.com and this is how you may engage in

what I have to offer www.rapidcorehealing.com.