Power in Speaking Out on Sexual Misconduct. Yildiz Sethi 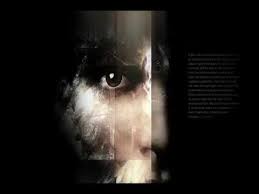 There is no doubt its time for women to speak out on sexual misconduct not only in the workplace but in daily life. Speaking out is a powerful and appropriate response that requires courage and clarity in giving back the guilt and shame to the perpetrators involved and a society that condones silence.

I know there are many men out there who cringe at how women are treated by their male colleagues who may also feel the need to speak up. We welcome your support at this time.

Speaking out is a response to the symptoms of patriarchy involving a deeply felt entitlement that still thrives in modern society forty years after women of the seventies burned their bras as a symbol of emancipation. There are still few women in positions of power and women continue to be judged in a way that does not take place with men, on their gender qualities and appearance.

The main problem as I see it is that women are not given a place to be who and how they are, that is of equal value. Present day women continue to be conditioned into playing roles of subservience. This includes navigating a web of unspoken rules where women are seduced into attempt to sooth their feminine insecurities around not being accepted or good enough by stroking the egos of men.

It’s a fact that its still not cool for women to show intelligence or capability in fields where men operate. There are few organisations where male ego, high testosterone levels and loyalty to the boys club may be put aside in favour of sound judgment based on merit and justice in providing a level playing field for both men and women.

Speaking out is a first step. It is action to let men know that what is taking place is not OK and changes need to be made.

But what of the women? Being heard has value but what do they do with their feelings, thoughts and trauma? Many may be advised to go to counselling, self-help groups or forums for sharing and support.

I have been working with victims of sexual abuse for many years. These consist of mainly women and some men, many of whom have received extensive counselling or long term involvement with self-help groups who have remained victimised and traumatised by what happened and consider themselves survivors of their abuse, often years later. They have not moved on.

Through my work I know that the incidence of sexual abuse is far larger than is reported. Many of my clients have not and prefer not to disclose or report sexual misconduct due to the shame and guilt they feel at being its victim and the fear of not being believed or receiving further ridicule. They don’t trust a justice system that is run primarily by men over seeing mainly male perpetrators.

I have developed a way of enabling recovery from sexual misconduct and abuse in all its shades that is brief, non-traumatising, sensitive, respectful and effective in only a few sessions. In this approach speaking out is a first step, releasing pent up emotions comes next and then offloading guilt and shame and reaffirming clear boundaries and taking back autonomy and dignity within is the average session sequence. The process is designed to avoid retraumatisation. This is a process where people come out of victimhood, recover their dignity and no longer hold shame or guilt and move forward in their lives in a more purposeful way in only a few sessions for most people. This is EMI Emotional Mind Integration and Family Constellations. This is presented in the book Rapid Core Healing (2016)

The power games we see in organisations are also present in the dynamics between couples and in families and play a large part in providing role models for children to aspire to. What children experience at home is often reaffirmed in education, particularly in same sex schooling and the media and is what they take out into the world. In this men need to step up and take responsibility for themselves in their role as fathers and husbands and women need to step up in solidarity with each other in insisting on equality and dignity across all fields of life: Personal and professional. Yin with Yang. Men and women complimenting each other and glorious in their own way. There is no need to put the other down due to insecurities and fear. Such families can provide real change for the next generation.

I believe we are at a crossroads where we can take stock of where were at and make the changes not only to the law, the court system, family or society, but also in our hearts and minds as human beings, fathers and mothers.
We need to upholding the right for women to take their place fully in society and this includes dismantling glass ceilings and the entitlement of mens’ networks to shut women out and stop them from developing their potential and allow them to fulfil their role as feminine beings. I visualise a time where women have the right to be who they ar with intelligence and pride and to share their sensuality only with those they choose. This is a human right.

Yildiz is passionate about finding and creating what works to assist people in recovery and growth from trauma. She knows as a person in private practice she is limited in how many people she can treat and so she is providing training so that her methodologies are accessible to a greater proportion of the population for healing and the speedy recovery of a wide range of issues including trauma and sexual abuse.

And a training in Family Constellations on 3-11 January 2018

Yildiz is the founder of two psychotherapies, a psychotherapist, clinical hypnotherapist, Family Constellations facilitator and educator/trainer and author of three books. Her latest book Rapid Core Healing Pathways to growth and emotional healing (2016). Yildiz lives and runs a private practice in Brisbane, Australia, travelling nationally and globally to train clinicians and run workshops for the general public.

Yildiz is available for professional development in mental health, trauma and training organisations.

Organisations involved in training or growth interested in training courses of Family Constellations, Rapid Core healing or Emotional Mind Integration courses or applications may contact her on yildiz@yildizsethi.com 0412 172 30

These ideas are presented in Rapid Core Healing for Growth and Emotional Healing (2016) Yildiz Sethi available from Amazon or www.rapidcorehealingbook.com.au

Here is who I am www.yildizsethi.com and this is how you may engage in what I have to offer www.rapidcorehealing.com. Family Constellations Pty Ltd