How to carry out trans generational trauma healing

Family Constellations is used to help heal trans generational issues. Epigenetics shows that trauma and mental health issues  can be passed down through DNA. A recent study by university researchers in Brisbane linked the fact that if your parents had depression then their children are very likely to develop depression too.

Family constellation is the process to help  with releasing the trauma and allow children to live without this trauma.

Many of us have been conditioned to believe that we are self sufficient and autonomous. This is what modern men and women believe is empowering. However, what has become apparent is that this is not totally true. The study of epigentics is showing that we carry much more from our ancestors than we had previously assumed. Systemic Family Constellations works with inherited patterns and trauma.

We are all individuals carrying both the resources and shadows of those who came before us. Making peace with this is an essential step in growth.

Epigenetics shows that patterns, resources, energy and trauma are transferred through generations. This explains why even though you may have done lots of personal work, why some patterns persist.

From an epigenetic perspective, the systemic or generational patterns are brought to light to be seen and resolved. In simplified terms, epigenetics is the study of the biological mechanisms that have the ability to switch genes on or off.

Church, D. in The Genie in Your Genes (2007) shows through his discussion of Epigenetics that DNA is not necessarily hard-wired and may be influenced by the environment, ecology, relationships and emotions, to name a few possibilities. This means that human beings have far more control than we previously thought, to switch DNA on or off. Hence, what we carry with or for our family system is an important part of our mental, relational and overall health.

This points to the possibility that if we can reduce stressors and resolve emotional turmoil, come out of confusion and improve wellbeing generally it can have a positive affect on mental and physical health.

The Brain can change and heal

However, according to Norman Doidge (2015) in his book The Brain’s Way of Healing, for around 400 years the predominant belief has been that the brain is ‘machine-like’ in that it can’t change. The brain was perceived to be mechanical. It was thought that if the brain was under-developed or damaged, it couldn’t evolve or repair itself. It was thought that the brain and DNA were hard-wired and couldn’t change. This has been shown by neuroscience to be untrue and is significant in how we approach psychotherapy.

Family Constellations is a process that can assist in clearing and assisting you in unburdening yourself and is in keeping with the latest findings in neuroscience that show that the brain and the nervous system have the capacity to rewire and hence heal and change. This greatly supports our work in the Family Constellation field. We know through many years of working with real people in Systemic  Constellations, that deep psychological and energetic changes frequently take place through this powerful, experiential approach. 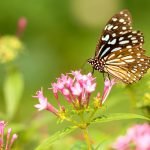 We are part of nature. Here is an example of how generations are linked that has been verified by research. Other animals have been found to do the same thing.

‘Monarch are very special butterflies – they seem to pass navigation details through their children, grand children, great grand children and great, great, grand children. They live 9000 feet above sea-level 100 miles from Mexico City. They fly north to USA and die. Their children travel further north and they die. Their grand children travel even further north East of the Rockies and die. The fourth generation then flies back to Mexico and the cycle starts over again. The travel path and the original starting point seem to be passed through each generation and the fourth generation mysteriously know they have to go to Mexico and the cycle starts again.’

Disturbances develop in families due to disruptions caused by such things as; war, tragedies, early or tragic deaths, injustice, adoption, shame, guilt and exclusions of family members. If any of these circumstances take place and are not acknowledged or dealt with appropriately by the family, then these disturbances are passed down to the future generations via the collective consciousness of the family energy system to the present generations where they may be played out in various ways. This often results in a range of relationship or emotional problems or low self esteem.

How to carry out trans generational trauma healing

Family Constellations has been used more recently to help in the healing and reconciliation of individuals of the second and third generations of nazi and holocaust victims and in such places as South Africa and Chile, to name a few. Helping those who are still suffering from unresolved repercussions and injustices from earlier generations.

The Boy Who was not Heard.
A 7 year old boy’s parents came to a family constellation workshop in Austria to seek help for their younger son. The son had developed a therapy-resistant stutter that impaired his self–esteem and social development.

The family history revealed that the maternal great grandfather had been a high ranking official in the German SS. After World War ll he was tried in court for involvement in atrocities. Like other Austrian families, he shared the fate of someone who had originally been held in high esteem but after the collapse of the third Reich, the family had become ashamed of his deeds. He was shunned by them and later committed suicide.

The family constellation revealed an identification of the boy’s representative with both the great grandfather and the victims. Generally, such an identification is called a “dual identification.” The stutter was an embodied attempt of the boy, three generation later, to speak the forbidden truth of his great grandfather and simultaneously to also honour the victims. The boy lost his stammer two weeks after the family constellation: it has not returned over the last two years.

I have seen Constellators in Europe and Brazil and was realy pleased to find someone with world class skill here in Australia. A wonderful surprise to find Yildiz.”

An amazing experience. I couldn’t imagine how constellations could work online. I felt so much and the constellations were so deep. I highly recommend it.