Freedom to be you 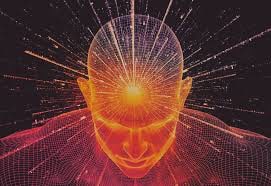 A man presented with anxiety. He spent a great deal of time and money on a range of psychotherapies including psychologist treatments over the years, yet the anxiety persisted. Some of his practitioners had suggested that he might have been the victim of sexual abuse.

He came to a workshop. He said he had a normal childhood with good parents and had a fulfilling job and relationship. Yet nightmares and anxiety were his daily experience. In asking about his parents and grandparents, his grandfather on his mother’s side was involved in the Vietnam war. On returning from war he was a different man. He become a depressive, angry alcoholic. He withdrew and refused to share his experiences.

At this point Healing sentences were given and the grandfather offered his full allegiance to his dead comrades and the civilians he had been ordered to kill. He was able to see the political forces that were responsible for his conscription and orders to kill and leave their portion of guilt with them.

He was then able to turn to his family feeling a little lighter. For the first time he was able to see his daughter and grandson. In looking at his grandson he was able to offer his best wishes for a life of choices and freedom. He told hi he was taking care of the terror and guilt and asked him to move on and live well.

The constellation was put into a better order and the man was able to take his place and honour the destiny of his grandfather and move on feeling calm.

He was relieved to find that he had not been repressing sexual abuse and happy to find out more about his grandfather so that he could honour him in putting him to rest with some dignity.

For details of workshops in Melbourne, Sydney and Brisbane see