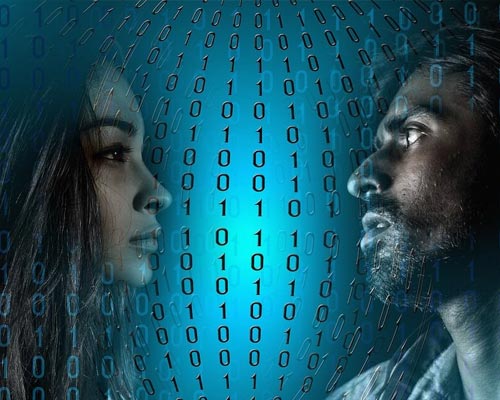 Many relationships break up. How this is done can make a difference on how you are able to move on in your life.

Divorce and separation can be painful, not least because the hopes and dreams of what this relationship represented are not realised.

However, if this separation can be done with respect and gratitude, then it may be possible to grieve, heal and move into new relationships at some time into the future. However, if the separation is messy, destructive and hurtful, you may still be holding anger, guilt or blame over what happened and you may not find it so
easy to move on.

In this case a spiritual divorce may be very helpful in releasing you from these bonds in order to continue your life more fruitfully.

Names have been changed to maintain anonymity.

Jane and Richard came to Family Constellations when Richard contacted us in frustration at not being able to see his children. They came to a workshop and representatives for them were chosen from the group and placed in a constellation.

The couple had received a court settlement for access and maintenance, but Jane kept refusing to let Richard have the children when it was his turn. Richard was now in another relationship, but still wanted to maintain his relationship with his children and didn’t want to go back into the court system, as he felt that this did not help to resolve the issues they had between them. Jane reported feeling great anger and resentment towards Richard.

During Jane’s family-of-origin constellation, her representative showed great resentment and anger towards her father. He had left the family in her teens. She expressed feeling unsupported and weak in his presence. She felt great anger, followed by sadness and hurt after some “healing sentences” were said by her representatives. Jane’s father had lost his own father in the Second World War. A representative was put in for Jane’s father’s father into the constellation. Her father reported feeling abandonment and anger towards his father. The representative for Jane’s grandfather reported feeling sick and not able to feel much towards his son.

During the constellation, emotions were expressed and released using healing sentences until the representatives of the father and grandfather released, uncovering the feelings of loss, longing and love between them. Jane was now able to look at her father with compassion and then at her own children with love. She was also able to look at Richard with new eyes, realizing that she had been confused between her husband and her experience of her father. Her experience with her father had left her feeling that men (including her husband) were unreliable and not worthy of respect.

In the final constellation of the couple together, they were able to honor their own parts in what had gone wrong in their relationship. Richard’s family-of origin constellation had also revealed some difficult dynamics that he had also taken into their marriage. This brought them to a point of releasing each other respectfully from their marriage bond, while agreeing to put the welfare of their children first, as they attempt to move on with their separate lives.

Finishing off previous relationships honestly and as respectfully as possible is vital in order to allow each partner to release each other. Otherwise feelings of anger, resentment, sadness, or guilt can go with you into your next relationship or prevent you from allowing new partners in to your life.

Come to Family Constellations for a spiritual divorce or separation to set you free.