Being Creative with Therapy is the key. Y Sethi 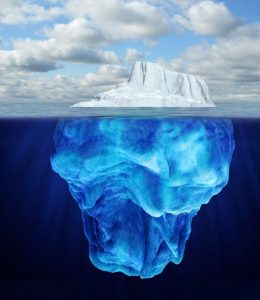 Hypnosis is a powerful tool, however in itself it does nothing other than put the client into a relaxed state and then we as the hypnotherapists have to decide how to work with them. Unfortunately many hypnotherapists look for a script for this or that. Looking for something to treat the symptoms rather than the initial cause or finding out what makes this person tick in finding out what is of most value to them. Often the way they respond to a trauma or a disturbance in presenting with depression, anxiety, panic attack etc is irrelevant in that this is how their personality or genetic make up has chosen to demonstrate their disturbance. So if we are able to help them in resolving the initial problem in a person centred way therapeutic rather than a symptomatic way, the disturbance regardless of the presenting symptoms is likely to fade. For example I get lots of people coming to me with depression. I know it would be a waste of my time and their money, if I simply took out a ‘depression’ script with the aim of enabling them to come out of depression. This is because the cause for each person will undoubtedly be different and each of us are wired differently too. Only the symptoms may be similar. It is far more effective in the process of creating rapport to find out what makes them tick, including their hopes or dreams, as well as details about the problem they want to resolve and have techniques and methodologies that can be used to suit each unique person.

The hypnotherapy idol many of us hold dear, Milton Errickson is the ultimate example of a person centred therapeutic approach, as he had the knowledge and skills to understand people at fundamental levels and also was able to intuit what would be a solution for each person he came across. He was extremely creative with his ability to weave metaphors into their psyche and help them make deep psychological shifts towards health. Of course it takes time to develop such wisdom and experience but we all have to start somewhere.
There appear to be at last three basic hypnotherapy approaches.
1 Scripts

2 Using therapeutic methods to help the damaged /hurt parts to recovery. 3 The use of metaphor and imagination to create new possibilities.

Of course I have used all three methods but I primarily use Therapeutic methodologies and Metaphor and imagination in person centred Hypnotherapy. I have discovered that it is very useful to have a range of approaches to draw from in therapy. It is clients that have guided me towards learning new therapeutic skills.

Our clients are a diverse group of people. Haven’t we all had client’s where we have used all of our knowledge, techniques and of course rapport, where nothing seems to help them make progress. Perhaps we have used several modalities, philosophies and spent time in supervision discussing the case, to no avail. Of course there are many things to consider, perhaps the client is not ready for change. Or the client does not have sufficient awareness and is not ready to look at themselves and take responsibility for their thinking or behaviour. Of course in these cases perhaps we have done all we can do. It is also true that for change to take place the client must meet us preferably half away. We should not be doing all the work. It’s their issue and change must take place in them in their intentions, emotions, thinking and behaviour.

However what if the client is really ready for change and aware and very much ready to take responsibility for themselves, but real effective change remains illusive or very minimal in spite of ours and their best efforts? This is where we all wish we knew more or could assist them more in their healing.

There are many styles of counselling or therapy and all have merit. However where such clients are stuck, is a place that is often illusive and hidden. I take a horses-for-courses approach. If the root of the problem were conscious, such approaches as Cognitive Behaviour Therapy or many other Humanistic counselling modalities would be of assistance. If the problem is unconscious, modalities that enable access into the unconscious mind would be of great help, such as long term psychotherapies or Hypnotherapy over shorter periods of time would be of assistance. However, if it is a Systemic issue such psychotherapy or hypnotherapy may be

ineffective. For these issues a Systemic approach would be the most effective and appropriate approach.

Family Constellations is an experiential process with elements of Shamanism that touch every level of our humanity and connect us to our ancestral energies. This is a process that allows the greater system of the ancestral family field to unravel, unfold and find a healing or resolution, in such a way that it flows in ripples through the mind, body and soul and that of the greater family soul in a healing way, because we are so deeply connected within our family system.

Family Constellations as a group process was brought to the world by the German psychotherapist Bert Hellinger in the 1990’s. Hellinger had been a Catholic priest and teacher in Africa in Zululand where he noticed their system of order in extended families. This consisted of acknowledging each member of the family in relation to the whole, according to their time of entry (who came first, second…..) and also the nature of the relationships (e.g. father-son or first child, second child, first wife, second wife) and how these factors appeared to create harmony and respect in family groups. Hellinger took these insights home with him when he left the priesthood to become a psychotherapist in Germany.

soul in finding a resolution and a healthier order. The system finds a new equilibrium, by allowing the client to reconnect to the flow of love flowing through the generations. This is a powerful, experiential, psycho-spiritual process that is a brief intervention in allowing the person to find new perspectives on which to move forward. The effects of a constellation are often felt for months or longer after the process, as new perspectives fall into place for the client.

Bert Hellinger developed the idea that love flows with life-force through families from grandparents to parents and then to children as long as there is a healthy order in the family, involving respect for the client’s own and others’ positions. He discovered that where there was a break in the flow of love, this was often due to exclusion, tragedy or trauma or something that caused shame, guilt or secrets, resulting in the life-force continuing, but the flow of love interrupted, leaving those in the system feeling cut-off from love. Family Constellations’ philosophy and practice presents a revolutionary way to observe and work with human systems in helping individuals find their place and receive personal healing within the family system that is brief, holistic and experiential. The process enables deep psychotherapeutic and emotional shifts towards wholeness.

The purpose of a Family Constellation is to reveal the love ties in the family system and allow the client to become reconnected to love in the family system while beginning to acknowledge the situation or people, as they are. This process acts on many levels simultaneously such as, awareness, the senses (visual, audio, kinaesthetic), the unconscious mind and emotions and also includes ancestral influences and energies. For this reason it is a very deep and often rapid, brief intervention that is powerful in enabling change for those who are truly ready to look at themselves and their issues seriously and are ready for growth.”

In the following cases the therapy took place in Family Constellation workshops, while others took place in private hypnotherapy sessions.

I had a woman come to see me who had a pattern of choosing men who had addictions and were unreliable. In asking about her family she told me of how her parents had separated when she was young due to her father’s alcoholism and unreliability. She hated her father for what he had done to her mother and herself and the family. Through constellation work she was able to deal with her relationship with her father and was able to find some compassion for his situation with his own alcoholic father and remember some of the better moments she’d had with him. She was also able to acknowledge her own relationship with alcohol too. She was a binge drinker. In this way she was able to start the process of healing her wounds and unburdening herself in coming back into a healthier Order. In rejecting her father, she was keeping her unconscious loyalty with him by choosing partners that are much like him in an attempt to resolve the relationship with him. She was also keeping an unconscious loyalty with him in her drinking. In starting the healing process she was able to gain more freedom, resolve her alcohol issue and also attract a different partner.

A man came to me distressed over a trail of failed relationships. His father had left the family when he was a baby and further contact with him was so destructive and disappointing, that he eventually cut him out of his life. In setting up his constellation he set it up by putting himself standing next to his mother, in the place where his father should have been, with his father standing far away. It was clear that his Blind Love was in good shape in emotionally supporting his mother, showing that he was not free to choose a life partner, resulting in inadvertently choosing unsuitable women who could not commit to a loving relationship. Again assisting him with his relationship with his father and being able to take his place in the family as a child, thereby restoring Order, helped him to find more freedom and peace. He is now more hopeful of finding an appropriate partner.

A parent came to see me about his difficult relationship with his child. In the discussion it was apparent that he highly disapproved of his own father due to his choices and behaviour. He had expected his father to be more ‘normal’. It was clear in the constellations that followed, that his child was feeling the rejection or exclusion of the grandfather by his father and had

an unconscious loyalty to his grandfather. This was resulting in the rejection of the father (client) by the child. The constellation work helped the parent to start the process of accepting his father so that the parent child relationship could be rebuilt with authenticity, respect and compassion.

In this article I introduce another way of working that can very much be in congruence with other counselling or therapy modalities that can be of great assistance to systemic dysfunctions involving a very wide range of issues such as self-esteem, trauma, sexual abuse and relationship issues. In this article I have included some excerpts from my latest book Stardust on the Spiritual Path (2014) Yildiz Sethi.