Yildiz Sethi has been in private practice since 2000 with a passion to facilitate change for those who are ready. She is a Family Constellations facilitator and trainer, counsellor, clinical hypnotherapist, NLP practitioner and founder of two psychotherapies and author. Yildiz has been running Systemic Constellations training  since 2008.

She is a former science (physics and chemistry) teacher and was a lecturer at the Australian College of Applied Psychology (ACAP) lecturer for eight years specialising in Methods of Counselling.

She moved from science teaching at a sensitive time in her life when change beckoned. Yildiz discovered Vedic astrology and she became a Vedic Astrologer. This made her aware of the value of astrological psychology and karmic patterns in understanding yourself as a first step in personal growth. She became interested in releasing patterns and blocks in herself and later facilitating others. Her curiosity led her to research and further studies to find the latest, effective, methodologies for positive change in the shortest possible time frames for most, as she suspected that this was a possibility.

Yildiz has been trained by several international Family Constellation trainers. Her first training was in 2005 with Svagito Liebermeister.then the founder Bert Hellinger in 2008 at his first training at his Institute 2008 in Austria and has received subsequent training from many well-known international teachers. Some of these are Albrecht Mahr, Ursula Franke, Jakob Schneider, Berthold Ulsamer. Yildiz is a member of ISCA (International Systemic Constellations Associations) and has attended the German Intensives several times.

More recently Yildiz is the innovator of psychotherapy modalities Rapid Core Healing (RCH) and Emotional Mind Integration (EMI and the author of three books. RCH and EMI come out of Constellation philosophy combined with the latest in mind science, (neural science, epigenetics and hypnosis) in creating an approach to work with the fast recovery of both systemic and personal trauma, as well as a range of relational issues and patterns for a large proportion of the population. EMI is a perfect addition to Family Constellations to provide a complete way of working with personal and systemic issues deeply, effectively and briefly.

Yildiz is a specialist in Recovery From Sexual Abuse where she runs a clinic and training for people who wish to specialise in this area in a new and effective way. Details

Each of Yildiz’s books include an explanation and utilisation of Family and Business constellations with many examples of life issues that people face in relationship, business and personal and spiritual development. 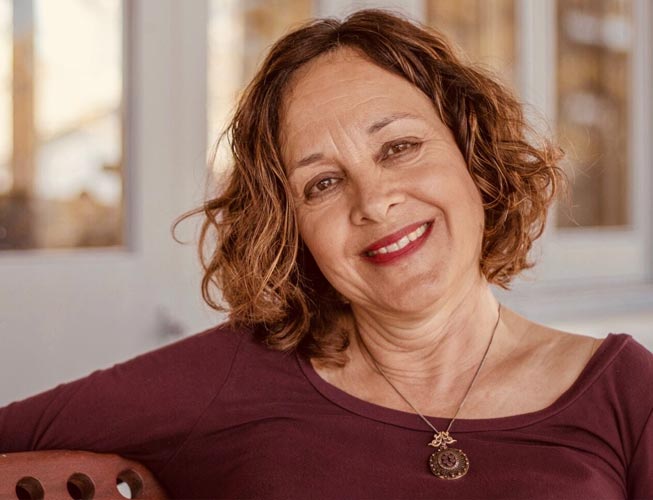 Find out more about Yildiz HERE

Yildiz is the Author of 3 books: